In Writing Critique Groups, Trust Nobody 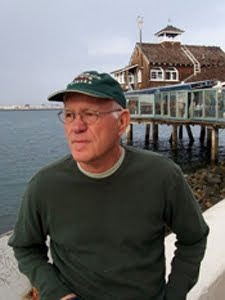 Everybody who reads your work is liable to respond differently. Even in a group of smart, knowledgeable writers or editors, you might get responses ranging from abject boredom to wild acclaim.

The graduate school I attended is famous, so good writers apply. I went there expecting that most every participant in the workshops would give me wise insights. Most of them didn’t.

But I didn’t need the comments of 15 people. From the critiques of two or three with whom I felt some accord, I learned plenty.

Everybody brings his background to his reading. When a reader appreciates my work, I know it could mean he relates for his own reasons. Or he may dismiss my story in reaction to something personal, such as a hurt he suffered or a bias with which he has armed himself. A person who grew up with alcoholic parents may bond with a story about a boozer or recoil from it.

Suppose several readers point to some problem. Odds are good your story has failed to communicate the way you’d like it to. But that doesn’t mean the readers’ suggestions for fixing the problem are correct. They’re worth considering, but not necessarily the best way to solve the problem.

When critiquing an early draft of a novel by Kevin McIlvoy, I noted that a certain section dragged. I suggested cutting some details to speed it up. Kevin later told me he’d solved the problem by adding to the section, using more details that made it more gripping.

Your task is to listen to critiques with your mind open, then ponder each comment as much as it deserves, all before you decide whether to revise. And if you decide to revise, consider suggestions, but also look for alternative ways. Suggestions can come from other people, but revisions have to come from you.

Ken Kuhlken’s novels have been honored as finalist for the Ernest Hemingway Award for best first novel, won the Private Eye Writers of America/St. Martin’s Press Best First Novel competition, and been chosen as a finalist for the Shamus Best Novel Award.

At the Florida Christian Writers Conference, he leads a group in the fiction mentoring track.

Visit Ken at www.kenkuhlken.net and http://writingandthespirit.blogspot.com
Posted by Kindred Heart Writers at 6:00 AM 2 comments:

Thinking about attending the 2010 FCWC but not sure what to expect?

Watch our brand new video (2:26 minutes) -- you'll get an up-close-and-personal overview of everything from the gorgeous conference facilities to conferees dressed up as tacky tourists to our keynote speakers and faculty.

Hope you enjoyed the video. Please share it on your own social networks.

A huge thank-you to the following people for contributing to this video:

The Path to Publishing Success 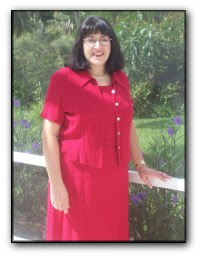 I dreamed of writing for years, but never considered publication a realistic goal. Writing took a back seat while I worked in New York City. When a co-worker published her first novel, it validated her effort to follow her dream, and it gave me hope for my dream, too.

When we moved to Florida, I put pen to paper and fingers to keyboard. My passion is teaching, so I first completed an inspirational non-fiction book. Rejections from several publishers were tempered with comments that although I had a fresh writing style, the content had already been addressed by more well-known names. I was crushed that my first manuscript did not enjoy the same overnight acceptance my friend’s did.

Then I submitted a story to Chicken Soup for the Soul, and eagerly waited. A year later I learned they received over 5,000 submissions. I’m happy to say my story was selected.

This writing business seemed easier than I first thought. My friend was published on her first try. My first anthology submission was published. Surely an agent or editor would soon recognize the quality of my writing and offer me a book contract.

Then I attended my first writers’ conference, The Florida Christian Writers Conference, in 2006.

Several speakers suggested the participants think “outside the box.” They encouraged us to develop our skills and our platform by writing articles for periodicals. I showed a chapter of my non-fiction manuscript to one editor of a monthly magazine. Based on that sample, he gave me a freelance assignment for one article.

That article led to several more, and in the past three years they published five articles. A meeting with another editor at the conference also resulted in an article published by his magazine.

I attended the FCWC again in 2007. There I met with additional magazine editors, and subsequently published more articles. In 2008, I met the editor of a monthly devotional, and have now published a month of devotionals through her organization.

Since 2006, I have been published in sixteen anthologies, including twelve different Chicken Soup for the Soul books and three Cup of Comfort books. Additionally, I have published (or am contracted to publish) more than thirty magazine articles with more submissions in the pipeline.

But here’s the best news of all:

In 2009, I attended FCWC and pitched a one-year devotional guide which will be published by Baker-Revell, to be released in 2010!

Another writer and I also pitched a children’s book series at the same conference. The proposal has since passed Committee with another publisher and we are awaiting word on a contract.

I’ve learned that overnight successes in publishing are rare. For me, the path to success consists of a series of small steps: membership in writers’ groups, attendance at writers’ conferences, writing magazine articles and short stories, co-authoring a children’s book, and finally, authoring my own book. In the process, I’m becoming a better writer.

Publisher Considering Novel from Writer of the Year

The first twenty pages of Johnnie Alexander Donley's novel, tentatively titled Twirl, won two awards at the 2009 Florida Christian Writers Conference: Novel of the Year (tie) and Writer of the Year. Winning the awards gave her the courage to include the first two pages with her thank you note to an editor who wasn't that impressed with a different fiction project that he had critiqued.

"I didn't expect a reply so when an email from him popped up in my inbox, I momentarily forgot how to breathe," says Johnnie.

He requested a proposal and additional chapters. A few weeks later, he asked for the completed manuscript.

"I spent the summer writing, rewriting, and revising to meet the September 30th deadline. Now the novel is in his hands and I'm trying not to think about it too much. This opportunity only came about because of the Florida Christian Writers Conference and I'm so grateful for it."

Through the writing process, Johnnie learned significant lessons about creativity, expressing her chosen theme, trusting her characters, and resolving what she calls sticky-wicket plot knots. She shares her Novice Novelist Novel Notes at www.johnniedonley.com.

Johnnie will be attending her fourth FCWC in 2010. She says that the conference isn't just a great opportunity to meet editors and agents, it's a chance to network with other writers.

Johnnie is a Kindred Heart Writer, one of five women who met at the 2007 FCWC and joined together to form an online writing group. The FCWC is their reunion time. They post about writing and their experiences at www.kindredheartwriters.com.
Posted by Kindred Heart Writers at 2:26 PM 3 comments:

Blogs from Our Conferees

Here are links to blog posts written by conferees... enjoy!

Follow along as Shirley prepares for the Florida Christian Writers' Conference 2010. Read articles on how to prepare for the conference of a lifetime, plus the story of a trans-Atlantic trip to get there. From Port Elizabeth, South Africa, to Leesburg, USA. Nine articles and counting...

Terrific strategies for learning to think creatively by using our imagination, including examples applicable to both children and adults.

This on-line writing group met and organized at the Florida Christian Writers' conference. Every Monday and Thursday, they post articles about writing. As the conference draws near, they will write more posts about preparing for it. They even have a Conference Countdown Clock on their blog!

Kathy Helgemo expected whining. But after attending the Women of Faith Conference in Tampa, Florida, she shares the pleasant surprise of finding inspired music and spiritual food in the midst of thousands of women.

Do you blog about writing? Do you plan to attend the 2010 conference? We'd love to feature links to some of your best articles. Please check out Calling All Bloggers for instructions on how to submit your link.
Posted by Kindred Heart Writers at 6:24 PM 1 comment: