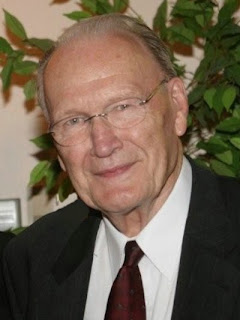 What experiences do people remember?

In the run-up to football’s Super Bowl a sportswriter did research on what the sporting public remembers and came to an amazing conclusion. He discovered that it is the failures of winning teams and high performing athletes that people talk about.

He cited the example of the Red Sox losing the final game of a World Series because a ball trickled through the first baseman’s legs in the ninth inning, giving the New York Yankees new life and letting them win.

He speculated that even after winning 18 straight games in the 2007-2008 season, what would indelibly stamp the New England Patriots in the memory of football fans nationwide was the loss to the New York Giants in the Super Bowl. That they actually came within less than three minutes of winning their 19th game does not count—they lost. That bitter loss will haunt Patriot’s fans for decades and be mentioned by sports commentators for many years to come.

Yes, we revere Joseph for his leadership in the court of Pharaoh, but isn’t it his being thrown into a pit by his brothers and sold as a slave to traders passing by that really grips us emotionally?

We rejoice at David dispatching Goliath with a single stone, but the most vivid scenes are David’s seduction of Bathsheba and Nathan’s confrontation of David over his actions. We read Psalm 51 because we can relate to the explosion of raw emotions leading to repentance and acceptance by God.

We may be envious of Job’s wonderful time as a rich man with a successful family. But stuck in our minds is the image of him sitting on an ash heap scraping at his sores.

As editor and agent I have had to turn down many manuscripts because they are only a presentation of ideas without the context of life’s struggles and brokenness before God. So rejoice when God lets you experience suffering, rejection, brokenness, for once you have experienced the reality of God’s presence during those times you have a message for others.

But take your time to process what God has been teaching you—your writing before you have experienced the full range of God’s healing process will still reflect remnants of confusion and anger.

Les Stobbe has been an agent for 16 years, with a focus on adult fiction and non-fiction. Most of Les’s publishable proposals are coming via recommendation from clients, well-known authors, and editors, often at Christian writers’ conferences.

He is looking for those fresh voices in both adult fiction and non-fiction who above all know how to tell a story with truth embedded in it. While he is convinced that outstanding writing by fresh voices ought to be a priority consideration when a manuscript is evaluated, he is well aware that breakthrough writers typically already have a platform.

He is happy to provide outlines for both fiction and non-fiction proposals at lstobbe@windstream.com. Since he moved into the digital age years ago, Les expects all queries and proposals will come as one document attached to an e-mail.

Subscribe to Florida Christian Writers Conference Blog by e-mail
Posted by Kindred Heart Writers at 10:29 AM