What American Idol Teaches About the Publishing World 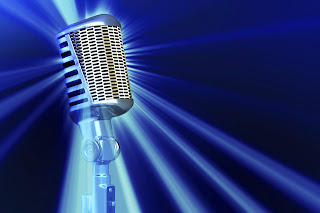 I admit it. I enjoy American Idol.

Yes, it's as tough to get published as it is to get a shot on American Idol.

Most people give up.
Simon tells singers that aren't quite ready, to practice their craft on the small circuit, pay their dues, work their way up. Most don't listen. They want stardom immediately, and when they don't achieve it, they give up on their dream.

Same thing with writers. A few rejections and they hang up their laptop. Don't. Work at your craft. Get feedback. Read blogs. Study books on writing. Join a critique group. Then come back and try out again.

Editors and agents WANT you to succeed.
American Idol wants to find the next great artist. So do agents and editors. They're not against you. They're for you and your success. Truly.

If you've never been to a conference, you'll scuttle away from Florida saying, "Wow, they're really nice people." They are. No fangs on any of them, I guarantee. They're approachable and kind. (But don't pitch your idea as you stand next to them at the urinal, as one writer did with my agent. No, I’m not kidding.)

You'll hear the truth—listen to it.
Agents and editors are not out to waste your time or theirs. While some might placate you because they don't want to hurt your feelings, the vast majority will tell you the truth about your writing. Listen to them. They know what they're talking about.

Agents and editors know talent too. When you get feedback from them, especially at a top tier venue like the Florida Christian Writers Conference, listen. Apply their counsel. You'll see a quantum leap forward in your writing.

That's more than a few kilobytes so let's wrap up.

If you're a fan--and even if you're not--I'd love to hear other parallels you see between American Idol and the publishing world.

And no, Billie hasn't invited any Cowell-like editors or agents to the conference. (I hope.)

Subscribe to Florida Christian Writers Conference Blog by e-mail
Posted by Kindred Heart Writers at 8:00 AM